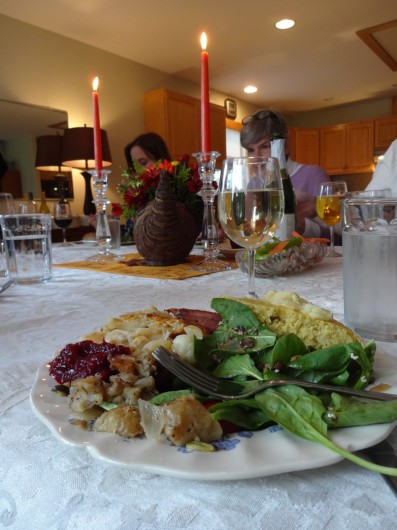 This year we celebrated Thanksgiving at my Mom’s in Sequim.  We decided to forgo the traditional turkey feast for ham instead.  John, as usual, did most of the main cooking with everyone else contributing side dishes and pies.

This was Seven’s first visit to Sequim meeting all the family, including Minnie, my mom’s miniature schnauzer.  It took a little while for them to warm up to each other but eventually they did start to like each other.  Seven, having endless puppy energy, wanted Minnie to play constantly.  She was game for a while but eventually got annoyed and snapped at him to “back off!”.  He learned quickly when to submit.

After stuffing ourselves with food, most of us (Deb, Jim, Kathy, Seong Yoon, Orion, Oliver, John, myself, and the two dogs) took a long walk down to the beach.  It was Seven’s first visit to a beach and he was pretty calm about the sand and surf.

After pies and board games we headed back to a hotel for the night and John woke up at the crack of dawn (hee hee) to go Black Friday shopping.  He managed to get me an iPhone 5C and himself an iPhone 5S.  We’re livin’ large now, baby! 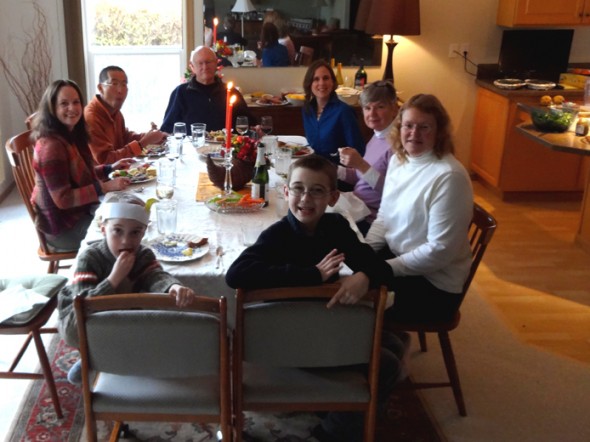 The whole gang (minus John and pups) 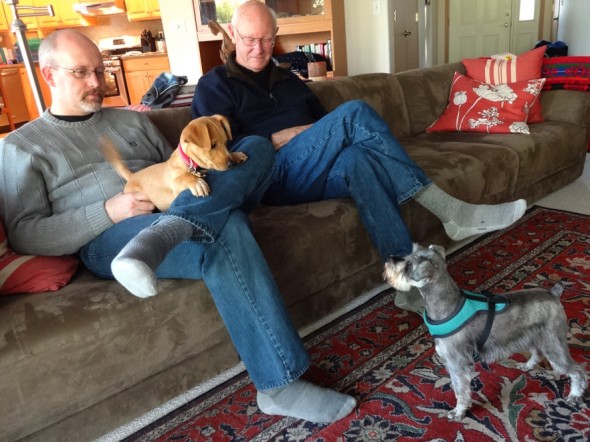 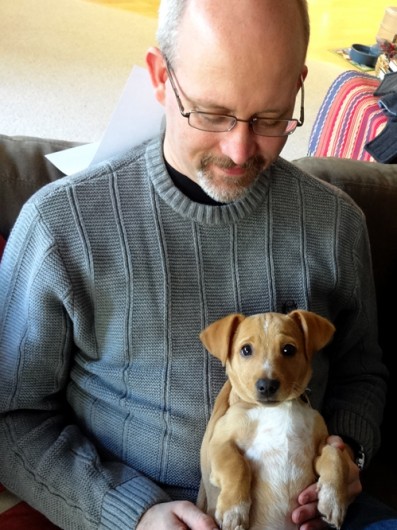 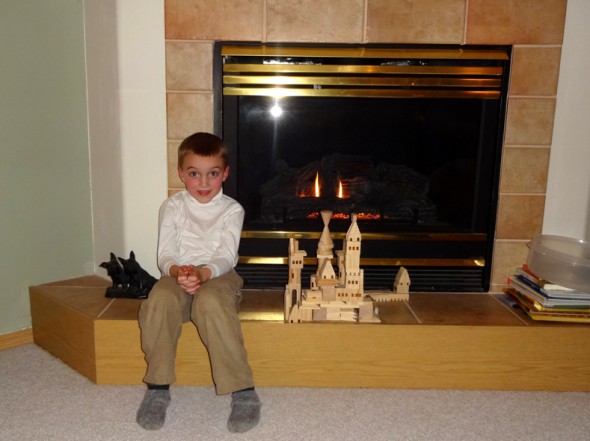