A dusting of morning snow 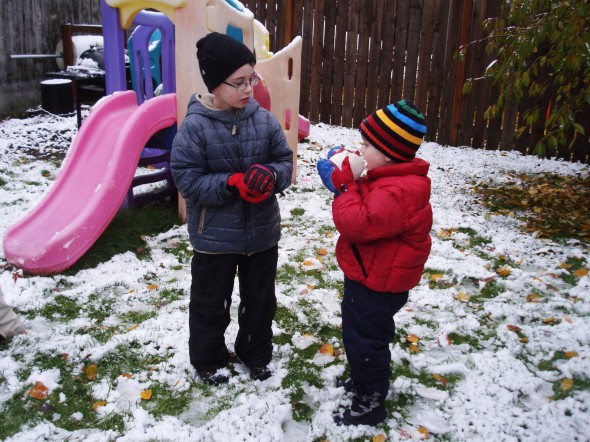 The boys woke up (early, I might add) to a dusting of morning snow.  This is the first snow we’ve seen this season so we had to dig throughout the house to find hats, gloves, and general snow gear.  Not an easy task as this stuff has been buried in various places.

There wasn’t much snow but enough to have family snowball fights.  The boys were good sports while they were successfully whacking Daddy with snowballs, but when he pummeled them back they were a bit dismayed. 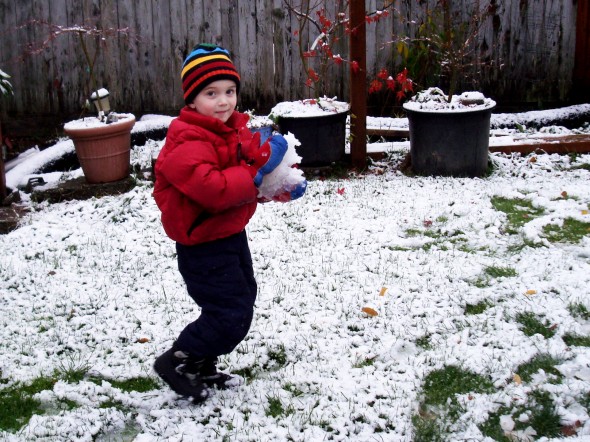 Boys reaction to being pummeled by Daddy!

After snow fun we headed out as a family to downtown Olympia for coffee and cocoa at Batdorf and Bronson’s.  Most of the snow is melted now and we miss it already. 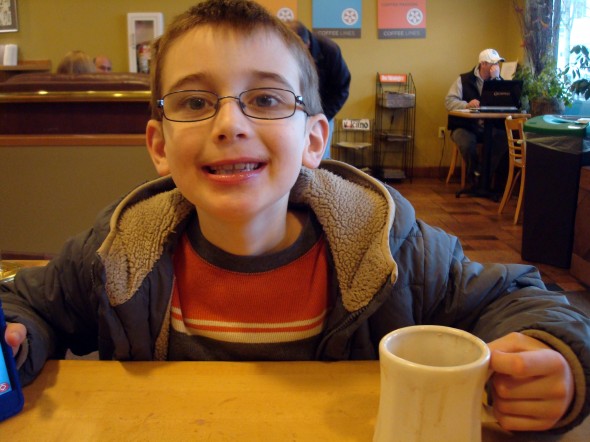 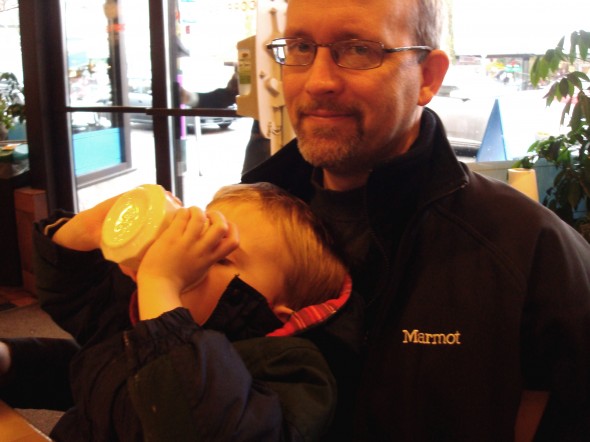