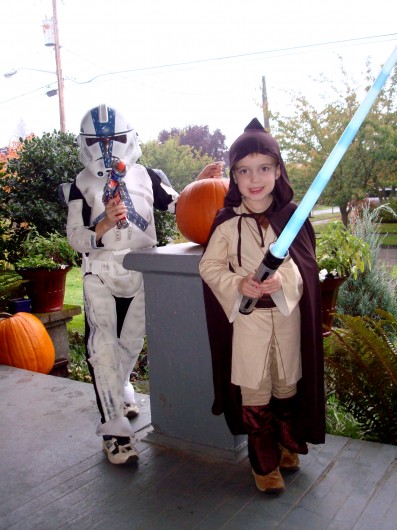 Ah Halloween…our biggest event in this neighborhood. This year did not disappoint. We had about 400 trick-or-treaters, but if you counted all the adults that tagged along the number would be in the thousands. It was wild. This year there was even a skeleton drum core that played and marched down our street. So fun!

It was cold with a capital C but thankfully it did not rain. Grandma and Grandpa Jim came over to help hand out candy and see the chaos. Then in the evening they stayed at the Phoenix Inn downtown.

This year both boys insisted that they were to be Star Wars characters. Oliver secretly believes that he is Obi Wan Kenobi, halloween or no halloween, so his costume was a given. Orion decided he wanted to be someone in Star Wars with a gun so he was a clone trooper. I found out that you ought not confuse a clone trooper with a storm trooper. Clone troopers are good guys, storm troopers are on the dark side…duh Mommm!

Anyway, John did his masterful pumpkin carving as usual. Everyone was impressed.

The pumpkin house and our neighbors Dana and Dudley also did it up good. Dana and Dudley recruited friends and they were self-absorbed artists painting on easels on their porch. There was Van Gogh (Dudley), Frida Kahlo, Andy Warhol (Dana) and Salvador Dali…as well as a keyboard player. Fun stuff.

We sure love Halloween in this neighborhood. May the force be with you! 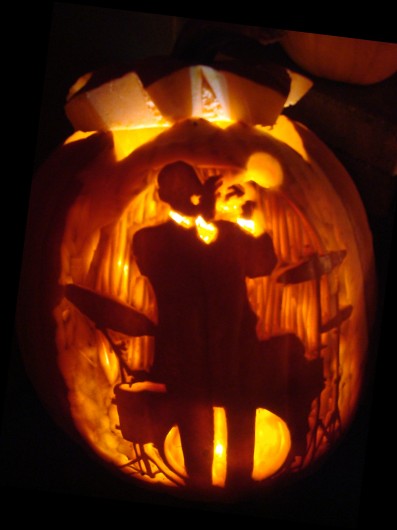 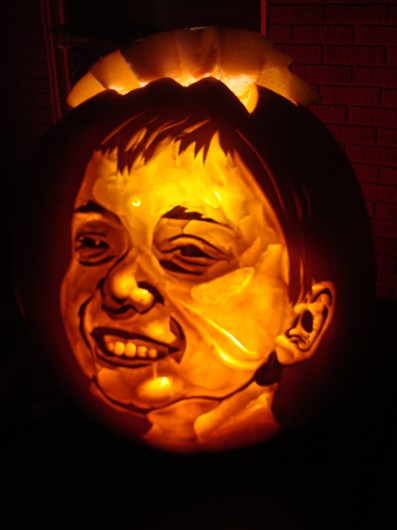 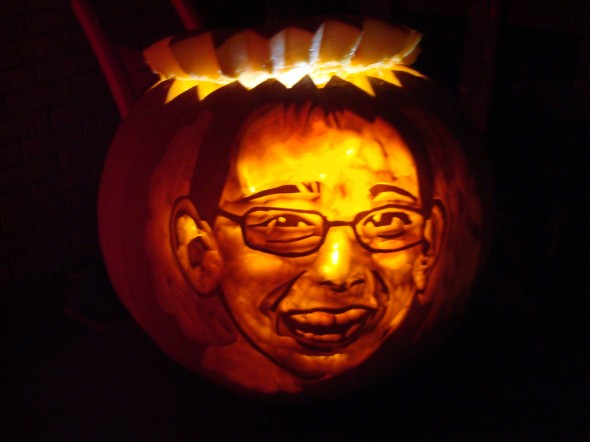