You deserve a break today… 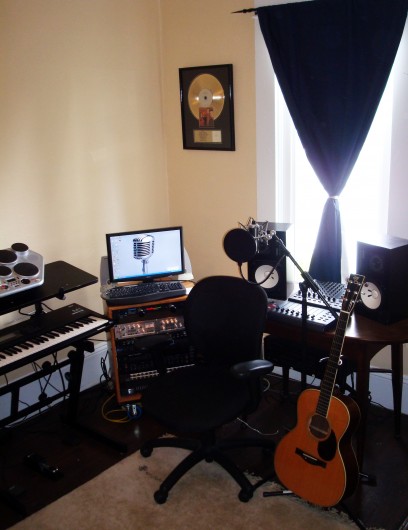 Every so often I reach a meltdown stage where I’ve had just a little too much kid interaction and need to be alone with my thoughts.  It’s draining to have everything you do constantly interrupted by someone elses needs.  Lately, the boys have been bickering and fighting and I basically start feeling like the combination of a referee and the live in maid that doesn’t get paid.

Well, John saw the train a-comin’ down the track as it was about to derail.  He knew I was losin’ it.  So, after I vented loudly to him about the kids and my crumbling mental state, he got the message loud and clear.

Early the following morning I hear him scuffling around.  He got the kids out of bed, slapped some grubby clothes on them, doused them in sunscreen spray and shuffled them out the door.  Then he turned to me and said “We’ll be gone all day and I’m gonna wear their little butts out!”  It was like poetry to my ears. What a good man!

Suddenly, and surprisingly, I was free…free to do whatever I chose to do with a weekend day.  It was sunny and I could have gone outside and frolicked a bit.  But, as a busy mom, there was a checklist of “my things” in my mind that never get done.  I always put those things off to get stuff done for everyone else.  Well, today I was going to check just one of those things off my list.  I decided to paint my home recording studio/spare bedroom.

Formerly, that room was Oliver’s nursery. But he now shares a room and bunk bed with Orion.  So, I had moved all my audio/music gear into that room hoping it would become my studio.  However, every time I tried working in there, the ultra bright green walls and the baby artwork and toys that still lingered in there just killed my creative flow.

I had previously bought paint in the color I wanted called “Sandy Feet”.  How appropriate!  It was a very neutral and non-distracting color.

I was very meticulous about taping and painting and in the end it looked great but needed new artwork.  So, I went to the basement and dug out my gold and platinum records that I had been awarded as a recording engineer.  Those things have been in a box in the basement since we moved into this house almost 7 years ago!  Ah…suddenly the room was really coming together.  I re-hooked all my gear up  and had fun dinking around with that for a little while.

Then, I decided to mow the lawn while it was still sunny.  After that I hopped in the shower and back out only to find two little, grubby, exhausted boys knocking at the door. 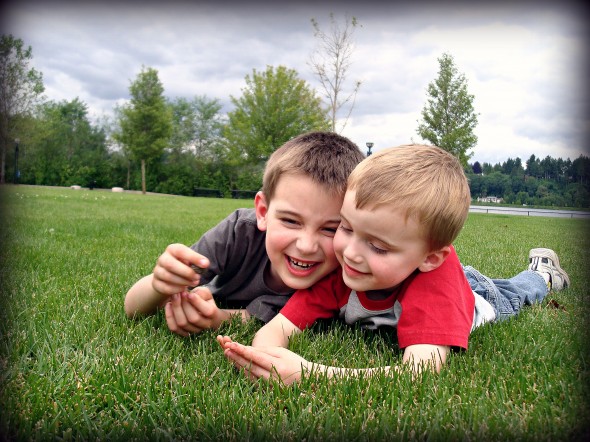 They had returned.  But instead of being annoyed, I was pleased to see their little faces.  No, I didn’t spend my free time getting a facial or lingering over a cup of tea.  But I did something that really mattered to me and me alone. Fixing up my music room gave me hope that someday I might again be more than just the live in maid or referee.  And at that exact moment, I was happy to just be their Mom.

Thank you John.  Thank you for hearing my cries of desperation and giving me the break I needed.  And thanks for being a great Dad and taking them on so many fun adventures.