Spring break trip to the South 2011 This spring break we headed to Tennessee and Alabama for a long overdue trip to visit the extended Williams’ family.  It seems like it had been forever since we had all taken the trip.

Our trip started out a bit rough after we chose to stay one night near the SeaTac airport at the Econo-Lodge so that we could park and fly.  Good gosh.  If there ever was a place to be shot or acquire some sort of bed bug infestation…this place seemed like the place.  Grungy tiny rooms and frightening neighborhood.  Never again!  Anyway, we survived that and the next day we headed to the airport.

The boys were thrilled to travel on a plane again.  They each have Gameboys which we reserve only for air travel and they hadn’t played them in years.  It’s been so long that their game systems are completely out-dated.  But they had no knowledge of that and were just thrilled to have them to play again.

We finally arrived in Nashville at around 5pm and received a text that cousin Deanna and Jarratt were flying in around that time too from a trip.  So, we hung out at the airport waiting to say hello to them.  Then we all agreed to meet at Aunt Dorris’ house and then head off to a restaurant for dinner with them.

Deanna and Jarratt have two little girls, Maddy (5) and Abby (2).  The boys enjoyed goofing around with them at the Mexican restaurant.  Maddy and Orion were like two peas in a pod.

In the evening we returned to Aunt Dorris and Uncle Dennis’ house.  It was great to spend time with them.  It never matters how long we’ve been away.  It always seems like we just pick up where we left off.  It was a very comforting feeling.

Early the next morning I got up and my friend Anita, who used to be a co-worker of mine, picked me up and we headed to Cracker Barrel for breakfast.  I had a great visit with her and Cracker Barrel never disappoints!

John and the boys picked me up and we then headed on to drive past our old neighborhood in East Nashville.  Wow!  Some major changes have happened there.  It’s slowly becoming a hip area to live with condos, coffee shops, and pubs popping up everywhere.

We then headed over to Deanna and Jarratt’s house for some burgers and kid play.  Orion and Maddy had a blast playing with one another.  Orion complained that it was too hot outside (I think it was maybe 70) and everyone laughed.  I guess us Pacific North-Westerners can’t really handle heat.

Then we headed to Lawrenceburg, TN because Aunt Dorris had planned a big family gathering at Shoney’s.  We saw lots of cousins, aunts, uncles, and even John’s Dad.  After we ate, someone suggested letting the kids run around at a local park so we continued on there and played until it began to get dark.

The boys had a blast playing with their cousins Hannah (3) and Ellie (18 months).  This was actually the first time they had seen Ellie in person.  We’ve Skyped them many times but have not had a chance to visit since she was born.  They were very gentle and sweet with the girls.

That night we checked into our hotel, the La Quinta Inn, in Madison, Alabama.  It was a newer hotel with a nice indoor pool.  Very nice!

The next few days were kind of a blur to me of driving around with Grandpa George, John, the boys, Aunt Oneida, Uncle Matt, and cousins Hannah and Ellie.  There was a day in there where there were tornado watches so we just stayed and lingered at Aunt Oneida and Uncle Matt’s.  The kids put on a very amusing puppet show for all of us.  Other days we drove to Mississippi and some other areas in search of a feed store and a hardware/tool store that Grandpa George was interested in seeing.  We stopped along the way to play frisbee and stretch our legs.  While driving one night we even saw a strange greenish glowing ball drop very low in the sky and theorized that it was a meteor of some sort.  Very cool.

We drove one day out to visit Uncle Bill and family in Alabama.  We even saw Aunt Mary who turned 99 this year.  We sure hope she makes it to 100!

During the trip the boys grew an appreciation for large machinery and tractors and even got to drive Uncle Dennis’ back hoe digger.  Fun stuff!

We managed to get a few swims in at the hotel pool and the boys loved that.  Even cousins Hannah and Ellie came over and swam one time.

On our last night, we returned to see Deanna and Jarratt at their house to celebrate their youngest daughter’s birthday.  She received a cool battery powered princess car that the kids drove all over the yard in.

That night and the next morning we lingered talking to Aunt Dorris and Uncle Dennis.  Then we headed to San Antonio Taco Company to visit Cousin Paige and Mike.  Good food and fun times.

Before we knew it, our trip was over and it was time to head on to the airport.  The flights were uneventful but we arrived very late and were just exhausted.  It was great to see everyone and we sure miss being in the South. “Do you think they’ll let me drive that thang?” 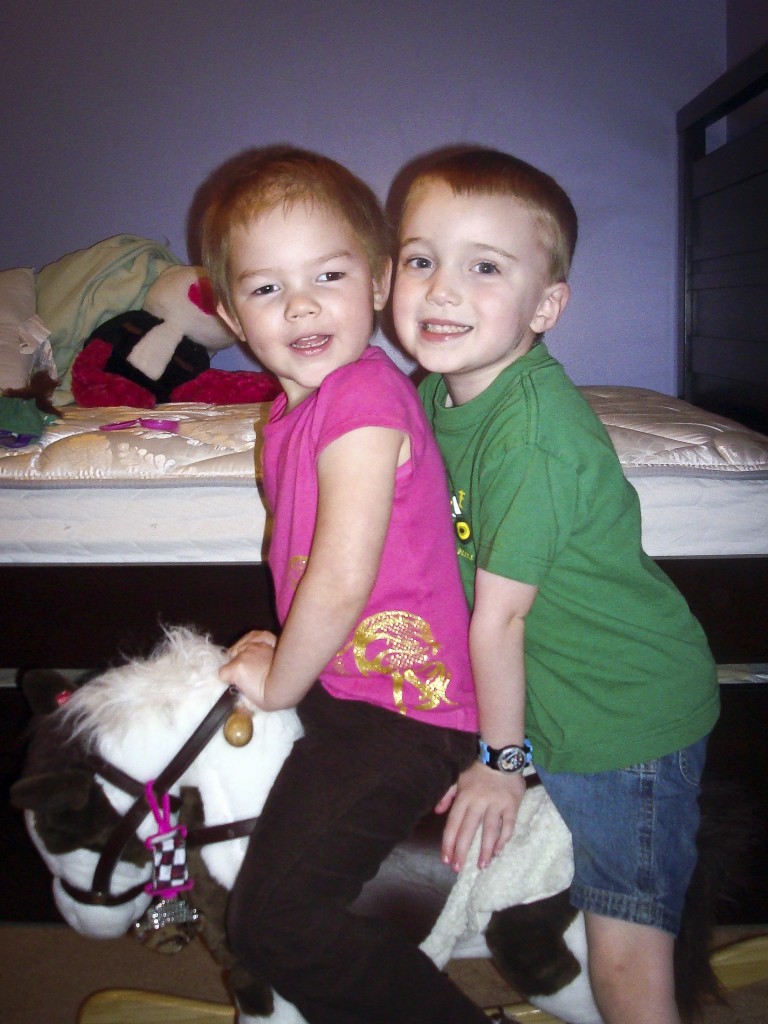 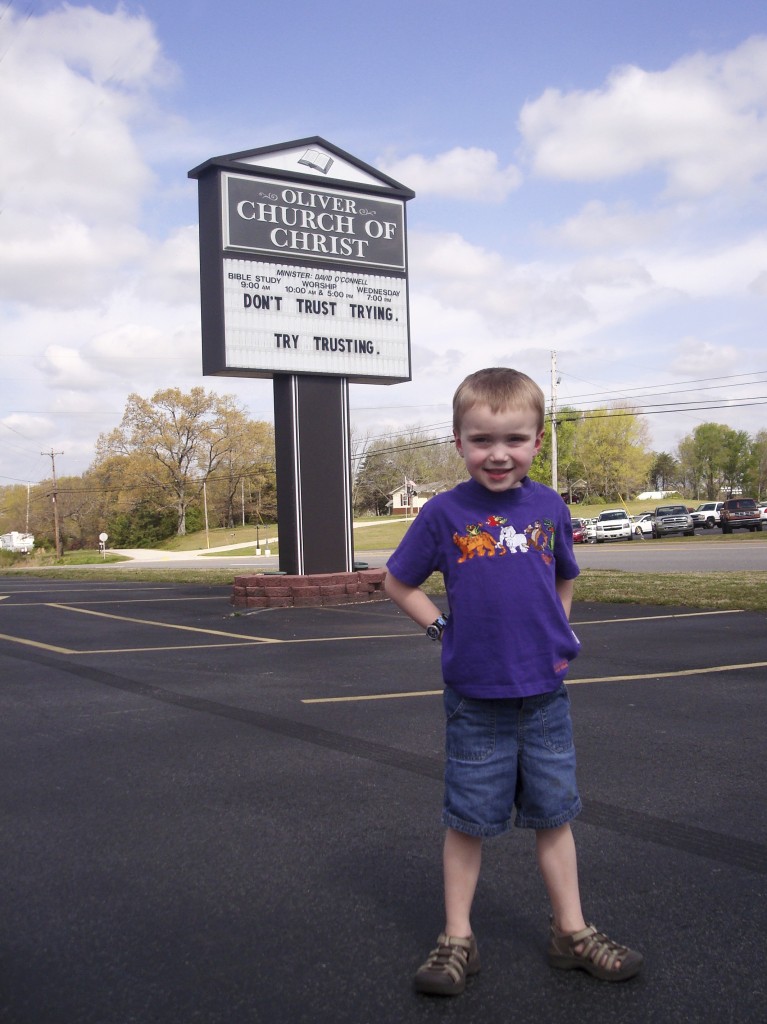 The Oliver Church of Christ in Alabama