Yurting on the Oregon Coast 2010 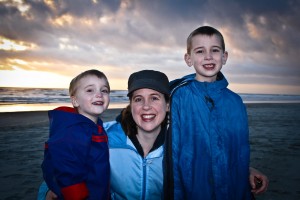 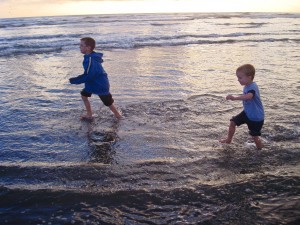 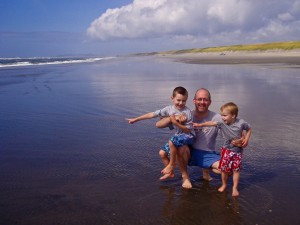 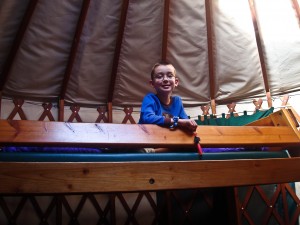 We decided to return to the Oregon Coast again to stay in yurts since we had such an awesome time last fall.  This year was even more amazing.  The weather was supposed to be drizzly and grey.  Quite the contrary.  The first evening we arrived there was wind and some drizzle.  But all the other days were exceptionally nice.  So nice that we were even splashing in the ocean in our swimsuits…in SEPTEMBER!  Amazing!

We stayed 3 nights in the yurts at Fort Stevens State Park.  We love the yurts and we love this park.  It is kept so clean, the showers are nice,  and the biking trails are awesome.  The other great thing about Fort Stevens is that you are only about a 20 minute drive away from Astoria, Oregon.  Astoria is an adorable little coastal town with good restaurants and cool, historic homes perched on hilltops.

One afternoon we  went into Astoria and decided to swim at the community pool.  It was so perfect for the boys.  There was a kiddie pool for Ollie, lots of shallow area for Orion, a jacuzzi, and 2 slides (although one was closed for repairs).  We stayed and swam for 2 hours.  Orion even started braving the deep end with a few flotation noodles…a big step for him.  He learned to swim with noodles and kick and paddle himself around the deep end.  As long as his head was above water, he was happy.

Ollie was bold enough to go down one of the slides with Mommy.  I warned him that we would go under the water briefly when we first landed but he didn’t seem to mind.

We ate at two fabulous restaurants in Astoria.  One was called the Wet Dog Cafe.  The atmosphere and view there were better than the food, but it was fun.  The other restaurant was called the Blue Scorcher Bakery Cafe and it was excellent.  The food was very earthy.  They served tempeh instead of bacon.  It’s some sort of veggie meat substitute.  It wasn’t my favorite but John liked it.  John and I both agreed that their Spanish Romesco sauce on bread was amazing!  John even went home and tried to replicate the recipe.

The biggest highlight of John’s trip was being able to drive our AWD Subaru Forester onto the beach at Fort Stevens.  This allowed us to travel away from the crowds and feel like we had our own, secluded strip of beach.  We parked, put on swimsuits, and splashed for hours in the waves.

The boys also spent a good deal of time riding their scooters.  Fort Stevens State Park has miles of nicely paved bike trails.  There was even a little ramp area near our yurt that Orion enjoyed riding up and down with a friend he made there.

On this trip, John and I dusted off our roller blades and gave that a try.  It was probably the first time we had roller bladed in about 8 years.  John only wiped out one time and it was minor.  Pretty good.  We intended on having the boys ride scooters while we roller bladed.  But we got out there and Ollie refused.  So, I straddled his scooter with my roller blades and pushed him a good ways until he got scared and said “Mama, too fast.  It’s not safe!”  What happened to the wild and reckless child I usually know?

This trip was awesome and we were sad to leave.  We will most definitely be back next year! 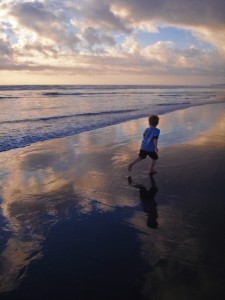 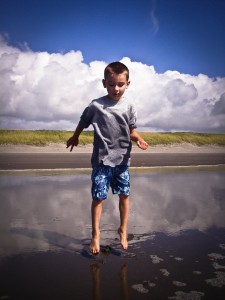 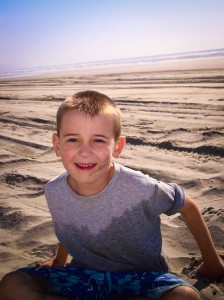 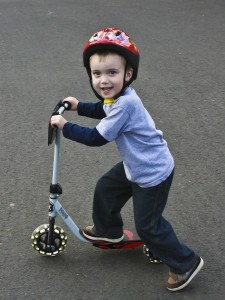