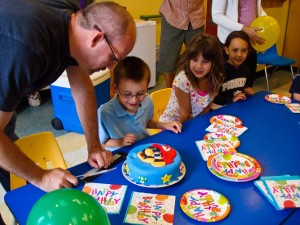 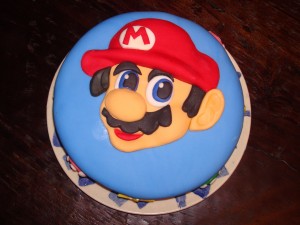 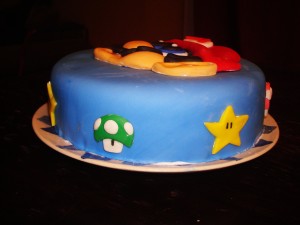 Every year I remark on how it just doesn’t seem possible that my little baby boy is so old.  It feels the same way this year.  Orion is turning 7 this week and today we had his birthday party at the Hands on Children’s Museum in Olympia.

We invited 28 kids but only 5 attended.  Not many but I guess people get busy in the summer months.  Next year we might experiment and have his party right after school starts.

Orion could have cared less about the amount of kids there.  He was just exuberant to have a party.

John slaved away the day before making a Super Mario cake for Orion.  Each year he seems to raise the bar a bit higher with his cakes.  This year was quite impressive.  John’s hoping next year it will be a simpler theme like pac-man (doubtful!)

The kids in attendance were 2 girls and 3 boys.  Two of the boys were church friends and the other three kids were classmates.  Orion was super thrilled that Sophia (a girl that he slightly has a crush on) was one of the girls in attendance.   When she showed up he yelled “Yay, my date is here!” and smothered her with a huge hug.  We’ll have to work with him on subtlety where the ladies are concerned!

All-in-all it was a nice venue for a party and a successful time.  And once again, we are stunned at how big our little baby boy is becoming.  We are so proud of him.