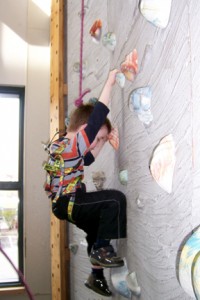 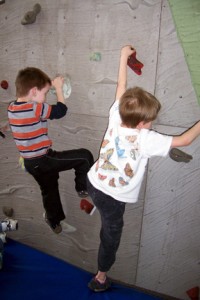 Orion and Daddy went to a birthday party at the YMCA for Orion’s buddy Otto. Otto’s mom made special gluten-free brownies just for Orion. So thoughtful!

Apparently Orion was very frightened about climbing the rock wall, even with all the harnesses on him. But after much encouragement he did manage to climb a bit. It helped that he was inspired by watching Otto and some of the other kids at the party.

Slowly but surely he’s becoming more willing to branch out and try new things. We are hopeful that he will no longer be controlled by his anxiety and fears.