Facing down our giant – the MMR vaccine! 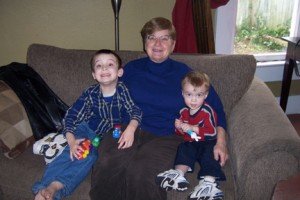 The day we feared arrived. Today was Ollie’s 2 year check-up (it should have been last month but we had to reschedule due to snow). We decided to take a leap of faith and give Ollie the MMR vaccine. For those that don’t know, the MMR vaccine is at the height of controversy within the autism community. It’s the vaccine that many families link to the cause of their child’s autism. MMR stands for Measles, Mumps, Rubella. Back in the 70’s they gave it as 3 separate shots. But somewhere along the line they decided to combine them into one shot and that’s right around the time when documented cases of autism went up. The medical community says there is no link between vaccines and autism. A large part of the autism community disputes that.

So, since Orion is considered to be on the autism spectrum, and I’d say he just barely meets the criteria, we had concerns. Would this shot be a turning point in Ollie’s life? Would our sweet little commucative and socially interactive guy suddenly withdraw and lose language? We had no idea. Truth be told, we tended to lean towards the medical community’s viewpoint. But still, it was a scary thing to do. To think that by one decision we could be altering his life forever. But, to not vaccinate him had risks too. So, we faced down our giant, took a leap of faith, and gave him the vaccine.

The outcome? He seems to be totally unaffected by it. He is still the same little Ollie we remember. Praise God!!!

While I took Ollie to the Dr’s, Orion stayed with Grandma back at our house. He always enjoys his time with her even if it’s brief. And this time when Grandma had to leave even little Ollie cried and had sadness about it. That was a first. He’s finally connecting to people other than us. A new milestone.

The only sad aspect of today’s events was that our Pediatrician, Dr. Mason – whom we adore, told us he is retiring in September. We credit him for being so keenly aware of Orion’s sensitivities and leading us to some incredibly good therapists and help. He changed the course of our son’s life and we are forever grateful to him for that. It will be sad to see him go.