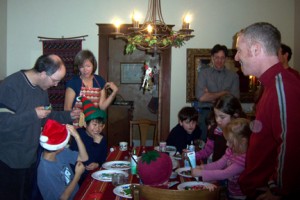 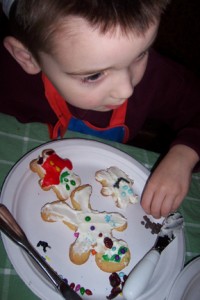 ORION UPDATE:
Orion’s speech therapist, Dana, invited us over to her house for a gingerbread decorating party. She also invited about 8 other kids in the neighborhood.

Orion and I made special gluten-free cookies to take over and decorate.

Dana lives about a block from us so we trudged through the snow to her house.

She had hot cocoa ready and waiting and read all the kids a story about gingerbread cookies.

We had lots of fun and I enjoyed meeting some of our neighbors.

I will say that snow is great for creating a sense of community and neighborly spirit. Everyone in our neighborhood is suddenly walking around and talking to each other. It’s nice to have a common topic.

In the evening, Dana and some of her friends came by our house on their cross-country skis and sang Christmas carols. Orion really enjoyed that. 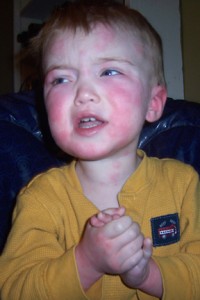 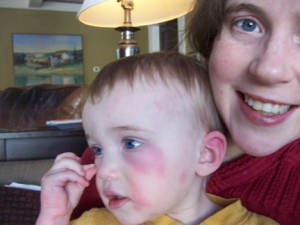 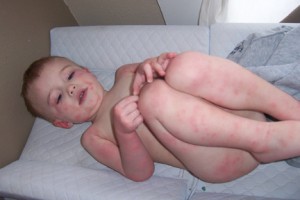 OLIVER UPDATE:
Poor little Ollie has been very ill since Thanksgiving. He came down with double ear infections, double pink eye, a fever, and a bad cold.

So the Dr. put him on antibiotics. But, after 2 weeks he still wasn’t better. So they put him on stronger antibiotics. A week later, and a day after his birthday, he woke up with hives all over him. It was so scary looking. We thought he had the measles or fifth’s disease. But, we rushed him to the Dr. and they just told us it was hives. It’s possible that it’s a reaction to the antibiotics. But, it’s also possible that it’s totally non-related. They just couldn’t tell us.

The poor boy was miserable and itchy. And his fever came back in a big way. He couldn’t sleep so Daddy and I took turns rocking him and trying to soothe him. No fun at all. But, after some Benadryl, he is slowly looking better.