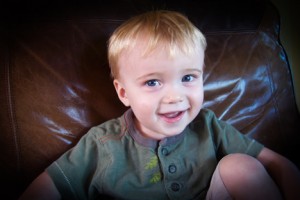 I’m just posting because I took a picture of Oliver today that I really like. But here is a general update on my little cutie pie.

He’s almost 21 months old now and he’s got his own little personality. Mostly, he’s just so sweet. He is curious. He is a climber and gets into things quickly. You have to be on high alert around him or he will get into trouble.

Ollie is usually very well behaved unless he is sick, teething, or overtired. I must say that we absolutely love this kid. We love when he tips his head back and squints his eyes and grins from ear to ear and says “fu-eee” (that’s his way of saying you’re funny). He’s just so adorable and amazing and we feel so blessed to have been chosen by God to be his parents.