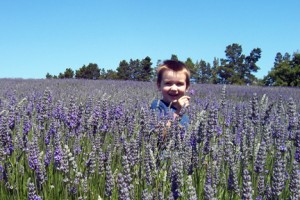 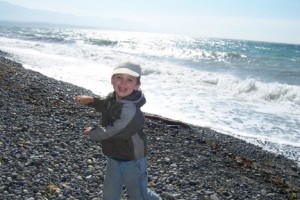 We camped at Sequim Bay State Park with Carol and Dustin. Grandma and Grandpa stayed in a rental house nearby and stopped over often too.

We also went out and explored the lavender farms and the street fair downtown. And we heard that the raspberries were in season so we picked those as well. Daddy can’t resist any type of berry. He’s addicted!

After berries and lavender we headed over to the Dungeonous Spit. It’s a small thin piece of land along the beach that goes for about 5 miles and ends at a lighthouse. It was massively windy and a bit cold for little Ollie so we only played briefly. But as you can see, Orion really loves the beach!