Sickness and a standing baby boy 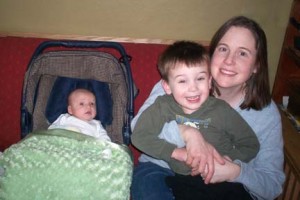 ORION UPDATE:
Today Orion woke up with some sort of stomach virus. He’s very chipper despite all of that. But he isn’t keeping any food in at the moment.
We have tried to keep him from touching Oliver and he’s been very obedient to that for some reason.

We mostly stayed home today and tried to get everyone to be healthy. Grandma stopped by for a surprise visit but Orion was napping at the time. 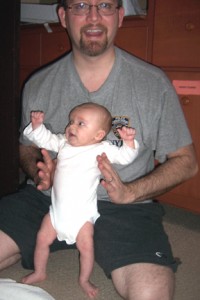 OLLIE UPDATE:
Well, Oliver has been a little backed-up these days…if you know what I mean. So, the doctors told us to try and get him to move around a bit and work things out of his system.

John was holding him upright and he just started to stand on his own. It was cute. Here’s a picture of him.

He eventually worked things out and now he’s much happier!