A speech assessment for Orion 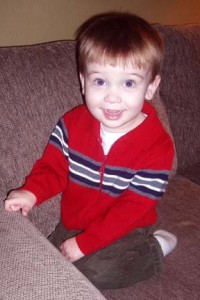 Today we are going to a speech therapist for an assessment required by the school district so that they can fund our PT appointments.  But it’s doubtful that he has speech problems based on what we’ve seen at home.

Today he was very clever.  He got his Sponge Bob and put him inside of a bowl in the kitchen and told him “time-out”.  Then he walked away and came back.  He took Sponge Bob out of the bowl and kissed him and said “ok”.  But minutes later he had to put Sponge Bob back in the bowl for another time-out.  That naughty Sponge Bob!!!

Here’s a picture of Orion on the couch watching his new favorite clip from Sesame Street…the pinball 12 countdown.  I remember that one from when I was a kid.  It’s a classic.