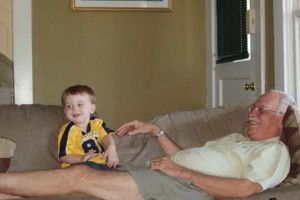 Later that night we went to a burger cook-out at the Olympia Yacht Club.  There were no high chairs and Orion was hard to contain…but the food was good and cheap!  What more do you want?!